I predominately use the scientific names for plants. Why? It’s not to sound smart (although it does help). I use them because for one, they are the plants’ names, and two, to avoid confusion. Common names are thrown around so loosey goosey and are often used to describe totally different plants. Relying on common names alone is tricky and will lead to one person talking about Euphorbia lactea ‘Cristata’ f. variegata (referred to as “Coral Cactus”) and the other person talking about Rhipsalis cereuscula (also referred to as “Coral Cactus”). Two completely different plants, from two completely different genera. These two aren’t even from the same plant family, let alone the same plant order! They aren’t closely related, but they do share a few broad taxonomic commonalities. They both belong to the same kingdom, Plantae. Yes, they’re both plants, you would have never guessed. They also belong to the same phylum, or plant division in botany, Anthophyta. This consists of the clade, angiosperms, which are the flowering plants. They are both eudicots¹ as well, but lets not get too deep in our Biology textbooks here. I can see your eyes glazing over. Let’s just say they are both succulent plants, with the same common name.

Without giving you a full-on Biology lesson, here is a basic plant taxonomy chart I made to give you a bit of context. If you want to nerd out with me, there’s a link that will blow your mind at the bottom of this post.² 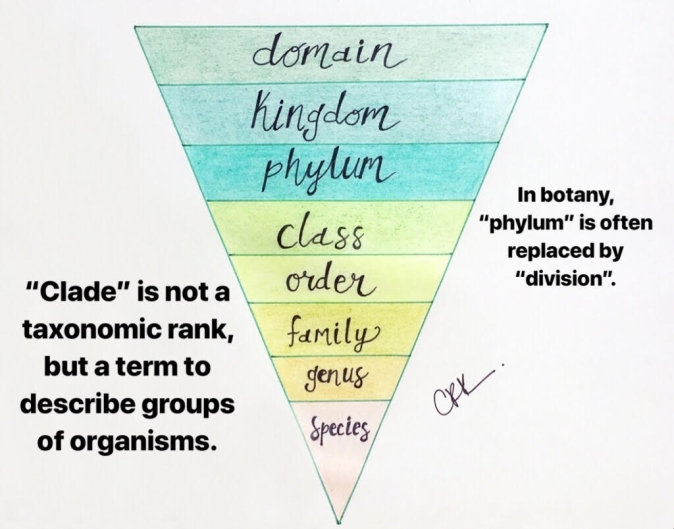 Moving on with the “Coral Cactus” example from above, the common name should not be taken literally. Neither of these plants is a type of coral, and only one is a type of cactus. Common names often describe what the plant looks like, not what it is. 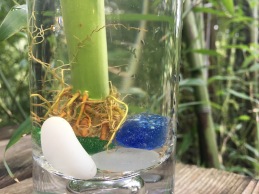 A few basics about nomenclature before I continue:

(I apologize in advance if this gives you PTSD from Biology class.)

The genus and species of a plant is always italicized. If a plant has a variety or cultivar, the name is normal typeface and will be in single quotes, i.e. Genus species ‘Cultivar’. Common names are always in double quotes, i.e. Genus species ‘Cultivar’, “Silly Plant Name That Doesn’t Mean Anything”. Also, Genus is always capitalized, while species is not. Since I’m self-diagnosed with OCD, if you pay attention, you will see that I am meticulous about using these distinctions throughout this entire website. Most other websites will not, including ones selling the darn things. There is a lot of misnaming out there, even in professional plant nurseries. The intent of this post is to help clear it up.

You will see on my Plant Education page that I always have the taxonomy listed for plant species as follows:

I will always include any known common names as well.

So what’s the difference between cultivar and variety? In short, cultivars are man-made hybrids. Varieties are true forms found in nature. “Form” is synonymous with variety and cultivar.

Alright, we made it! We’re done with botany semantics. Let’s go back to more examples of common name confusion. 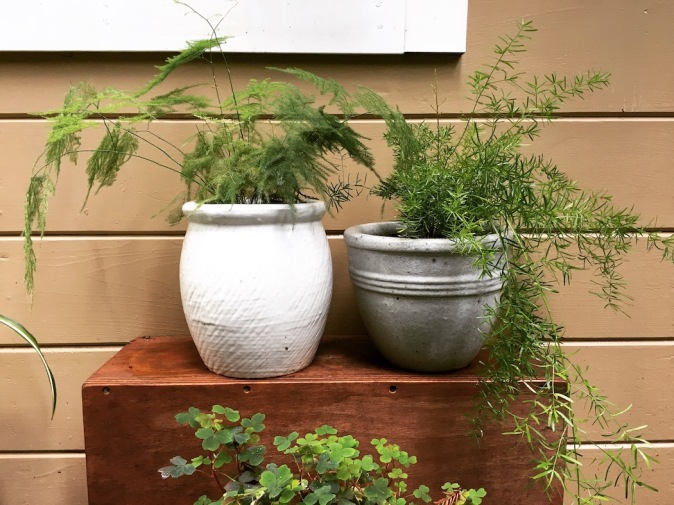 As you can see, these three plants look totally different from one another, yet people still use the same common name for them. All of these plants belong to the same genus, Asparagus, the same family, Asparagaceae, and the same order, Asparagales. You could call them asparagus, but they are not the same as the garden asparagus we all know and love, Asparagus officinalis. They all have a fern-like appearance, but they are not true ferns. Asparagus are angiosperms, or seed-producing plants. Ferns are spore-producing plants. Check out this diagram³ for a visual.

Now this is our culprit, “Wandering Jew”. What a misnomer mess.

At least four species of Tradescantia are called Wandering Jew: 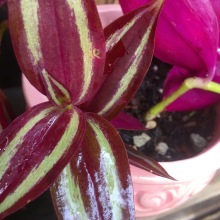 Both Saxifraga stolonifera and Tinantia pringlei are called Wandering Jew as well.

Do you think Wandering Jew has an identity crisis?

Are you confused yet? No need to be! Use Latin names instead.

We have Carl Linnaeus to thank for starting our system for plant nomenclature when he wrote Species Plantarum in 1753.

Today, The International Code of Nomenclature for algae, fungi, and plants (ICN) is the set of rules and regulations for botanical names. It is governed by the International Association for Plant Taxonomy (IAPT). Their latest publication is the Shenzhen Code, 2018. Fascinating casual read.

I am officially a plant nerd.

With the exception of the source footnote #3, all photos belong to Cristie R. Kiley. Please ask permission before taking.

PS: I love this post about using scientific names from Plants are the Strangest People.

¹If you are a plant nerd like me, read about what classifies an eudicot here.
²If you want to nerd out with me about plant taxonomy, click here.
³Plant classification diagram.

← So Lush and So Green, Green
Trimming to Promote Growth →